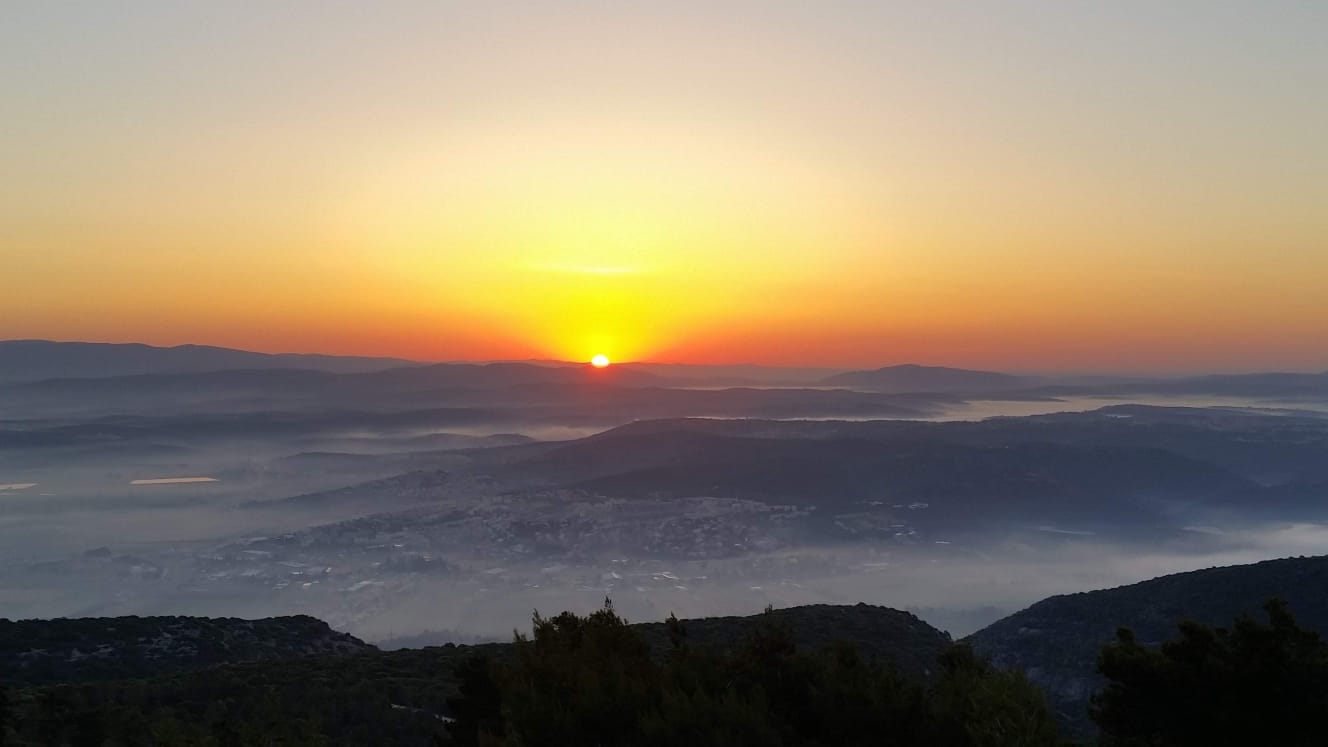 One morning I awoke to a golden glow in my room.  Curious and still half-asleep, I gazed out of the window to see a spectacular sunrise over the Jezreel Valley.  The sun rose from behind the mountains like a blazing torch and illuminated heavy mists covering the settlements in the valley.  It reminded me of the mists which watered the face of the ground before the flood (Genesis 2:6).  I realised that I was seeing more than a beautiful sunrise; this was a declaration of God’s desire to revive the Jezreel Valley by His Holy Spirit.

God has revived the Jezreel Valley in the past; He is reviving it right now and He will revive it in the future.  In fact, Hosea 1:11 triumphantly declares, “Great shall be the day of Jezreel!
Firstly, let’s have a quick overview of the Biblical legacy of the Jezreel Valley.  This can be summarised in two words: “resurrection life!”  It was in the Jezreel Valley that Gideon’s remnant army of 300 men confronted an army of Midianites which could not be numbered (Judges 7:12).  Apart from a miracle, Gideon and his army were dead men.   God granted the miracle; their lives were spared and they were victorious in battle against this vast army.  The winning strategy involved Gideon and his 300 men blowing trumpets on every side of the enemy encampment (Judges 7:16-20).  In the Bible the blowing of trumpets represents resurrection.  1 Corinthians 15:52 speaks of a day when followers of Yeshua who have died will be physically resurrected: “For the trumpet will sound, the dead will be raised imperishable, and we will be changed.”

Other notable resurrections took place in the Jezreel Valley.  The prophet Elisha raised to life the only son of a woman who lived in a place called Shunem (2 Kings 4:8-37).  Less than 6km from Shunem, is a place called Nain.  It was in Nain that Yeshua raised the widow of Nain’s only son to life as his corpse was being carried out of the gate of the city.  In both cases, Elisha and Yeshua presented the resurrected sons to their mothers (Luke 7:11-17).

Not only do the Biblical accounts testify to resurrection life, the land testifies to it too!  When Mark Twain rode through the Jezreel Valley on horseback in 1867, he lamented: “There is not a solitary village throughout its whole extent—not for 30 miles in either direction. There are two or three small clusters of Bedouin tents, but not a single permanent habitation. One may ride 10 miles, hereabouts, and not see 10 human beings.”  The absence of people in the Jezreel Valley during Twain’s visit was a reflection of land which was barren, swampy and infested with malaria.   However the landscape was soon to undergo a transformation. Large-scale Jewish settlement of the Jezreel Valley began in September 1921 and 23 Jewish settlements were established within a decade. The Jewish settlers drained the swamps and started to cultivate the land again.  Today the Jezreel Valley is one of the most fertile areas in Israel, producing white beans, chickpeas, cotton, wheat, barley, green, cowpeas, oranges, sunflowers, corn, squashes and watermelons, as well as pasture land for sheep and cattle.  The land has been raised to life.  “Jezreel” means, “God sows.” God has sown, and continues to sow, the Jewish people back into their ancient homeland and they, in turn, are sowing the land to bring forth fruitfulness.

We believe that the overflowing physical fruitfulness in the Jezreel Valley is a picture of a spiritual harvest to come.  Part of Elhop’s vision is to cultivate and nurture a spiritual harvest of salvations in the Jezreel Valley through prayer, worship and prophetic proclamation.  This is not something that we can do alone; it requires believers in the nations to sow their prayers and support too.  Today there is only a small numbers of Messianic believers in the Jezreel Valley.  They are courageous and set apart like Gideon’s remnant army, but we believe that the Lord wants to add to their number, just as multitudes of the “men of Israel” eventually joined Gideon and his men in pursuit of the Midianites (Judges 7:23-25).  The Apostle Paul prophecies of a mighty ingathering of Jewish believers in Yeshua and describes it as “nothing short of life from the dead” (Romans11:15).  This is resurrection life!  Will you join us in being part of it?

A New Prayer House for the Jezreel Valley 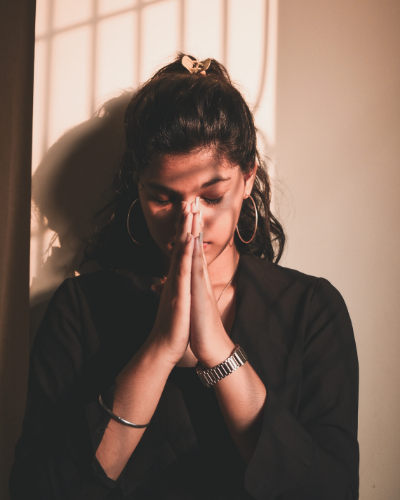 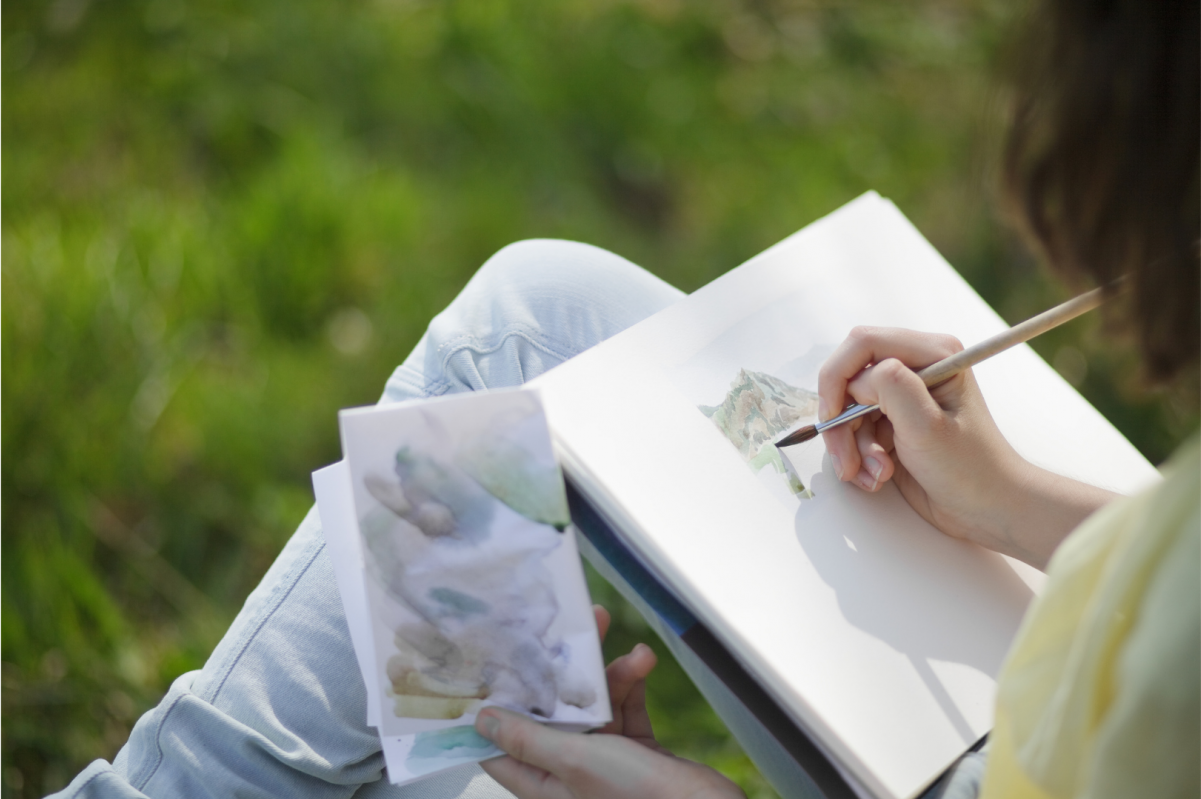